“Hot tub” and “Jacuzzi” are often used interchangeably, but they’re not actually the same thing. So, what’s the difference between a hot tub and a Jacuzzi?

On the surface, they have a lot in common. Yet the difference is more than just a name.

Let’s take a look at what you’re actually getting when you see someone advertising a hot tub, Jacuzzi, or – just to throw more confusion into the mix – a spa.

What Is A Hot Tub?

A hot tub is a “large pool of hot water in which bathers soak and usually socialise”. Unlike a more standard bathtub, they are usually designed to be enjoyed by multiple people at the same time.

They are used by most people for fun or relaxing in, though some models can actually be used for hydrotherapy, easing sore, inflamed, and aching muscles. Most often, you’ll see hot tubs in raised emplacements in areas of back garden patio or decking.

When they were first invented in the 1970s, hot tubs consisted chiefly of wooden models. Today, hot tubs come in a huge variety of designs, usually made out of moulded acrylic. The most advanced hot tub models of today might include a whole range of extras, including:

What Is A Jacuzzi?

What’s the difference between a jacuzzi and a hot tub? Well, to a large degree, it is all in the name.

Before the first hot tubs were popularised in the seventies, the people who did the initial inventing in the 1950s were a pair of brothers with the last name Jacuzzi.

The Jacuzzi brothers patented a type of hydrotherapy bath in1956, the idea being for patients suffering from arthritis to be soothed by jets of water motivated by the brothers’ special underwater pump.

By the late 1960s, the brothers were selling the first jet whirlpool bath in the world. By the 1970s, they had reached a design that would be familiar to modern hot tubbers – a large tub designed for multiple people and fitted with integrated water jets.

Today, because of their initial fame, it’s common for some people to refer to every hot tub as a “Jacuzzi”. It’s the same thing we do when we refer to vacuum cleaners as “Hoovers” – this was simply a widely popular brand whose name has, in a sense, surpassed its own success.

This is less true for the Jacuzzi brand, which continues to make a hugely popular line of hot tubs and other spa-related products to this day.

Today though, they are one manufacturer among many. The features a Jacuzzi offers are distinct from those of other hot tub brands.

What Is A Spa?

A spa is a place where hydrotherapeutic treatment takes place. Think of the Roman baths in the city of Bath – this is a spa, a place of healing usually based around a natural spring or another water source. Spa resorts are very popular across Europe and Asia.

In the world of hot tubs and Jacuzzis, some can be referred to as spas. In some parts of the world – notably, the US – it’s not uncommon for hot tubs with powerful jets to simply be called spas.

When it comes to the difference between hot tub and Jacuzzi and spa, brand name notwithstanding, the answer can be in the eye of the beholder.

You may find that a hotel boasting its own “spa” may simply have a hot tub or it may have a specific brand of hot tub called a Jacuzzi fitted, for example. But “spa” is also an umbrella term that refers to anywhere water-based therapy takes place.

What’s The Difference Between A Hot Tub And A Jacuzzi?

In short, a hot tub is a large pool of heated water designed for multiple bathers and chiefly for socialising and relaxation, but also sometimes for hydrotherapy.

Hot tubs are made by a whole range of modern manufacturers. A Jacuzzi is one of a line of hot tubs made by a specific brand called Jacuzzi that originated the idea back in the 1950s through 1970s.

While the terms spa, hot tub, and Jacuzzi have plenty of overlap, always remember that while not all hot tubs are Jacuzzis, all Jacuzzis are designed to be spas. Plus, while all spas are hot tubs, they’re not necessarily all Jacuzzis.

Easy. Almost! In reality, the answer to what’s the difference between hot tub and Jacuzzi is simply brand name and feature set.

Sign up for our FREE gadgets and tips emails to get more advice from hot tubbers, for hot tubbers! 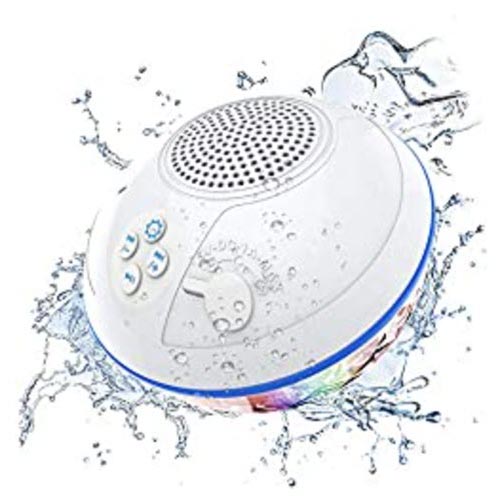